Where do we look when we have to take complicated decisions? What do we seek when we are at the crossroads of transformation? We seek what’s within, we look deep inside ourselves; or we look at forms of art that act as mirror for self and allow us to peek inside who we are.

The debut book by Ameya Prabhu, published by Westland, attempts to be that mirror and does a commendable job of becoming the same within the limited reach of an anthology of 9 stories; where each story is a study of layers of human capabilities and flaws, tied together with the thread of importance of perception without judgement.

When the reader gets a glimpse into the life of a dictator in the “Memories of a Dictator”, they see the African dictator telling his side of the story of his life, and the reader finds themselves either empathizing with or even loathing the dictator, depending on their experiences in their lives. This is what Prabhu has achieved through his simple storytelling, by setting his stories in different parts of the world and showing to its reader that there are certain realities of human beings that transcend cultures and geographies, and we can find ourselves everywhere.

By carefully bringing together real scenarios, historical settings, and even inspired semi-biographical retellings, while keeping the lens of fiction “on” in every word, Prabhu manages to make the readers identify with the characters while maintaining the required mysticism to make them seek something deeper. While reading through the life of “The Broken Nightingale” or wondering about the mystery behind “The Man with the Beard”, you are bound to wonder how truth merges with fiction to make us introspect our beliefs.

Every reader may have their own favorites and weak links while going through the stories. In the current situation that the world has forced us into, with the power of decision making getting clouded with fear and paranoia surrounding the pandemic, we need to find straws that can help us elevate our thoughts and consciousness, and this collection provides many such straws if we open our worlds to these stories and let them in.

Find yourself traversing through Japan in “The Accidental Philanthropist”, through the deserts of Nevada in “Manifestations of Anpao”, through the streets of Georgia in “Agent Holder” and through the Himalayas in “The Rock Babas”. Explore the familiarity of human emotions across all parts of the world, and prepare to go through a myriad of sub-genres of mystery, drama, and love, while seeking yourself.

“Sometimes even a sheep must guide the shepherd that threatens to go astray” is the line that this reviewer takes away, to apply in his businesses aimed at changing the world. What is the line that you take away from this promising work? 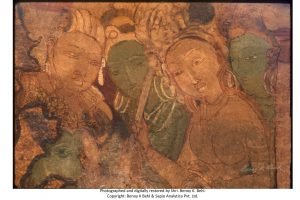 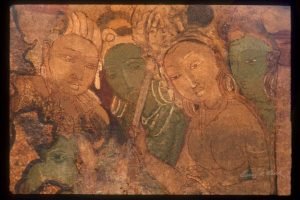 Badami temples are the most amazing history of Indian culture, Art and Heritage in Karnataka, India