Under the guidance of Mr Vedan Choolun, Director of Ajanta HC, first 700 years of Buddhist Paintings of the world were revealed. The revelation was done by legendary art historian and photographer Benoy K Behl, whose works have transformed the world of art forever. Through this revelation, it was proved that ancient culture of India had a tradition of art, a body of work that is interconnected and is part of a common tradition, leading to creation of the greatest ever works by humankind.

This historical reveal is expected to transform the art and culture world. The reveal was also followed by showcase of movies created by the historian and film-maker Benoy K Behl.

It is expected that because of this reveal, works coming from India shall be much more highly valued. Ancient Art from India shall now be known as some of the finest works created in the world of art. Any artist associated with the ancient Indian art shall now see an increase in the value of their works. It is also expected that people from around the world shall embrace the power of Indian artworks as a driver of elevation of their consciousness.

Vedan Choolun has helped promote the culture of India in the world, and through his team’s presence at the Expo 2020, the message is prominently delivered to heads of nations of the world. Expo 2020 is the world’s biggest exhibition with 192 countries participating in the same. Mr Choolun thanked the teams of the Expo 2020, and the organizers of the India Pavilion, in helping create this historical moment.

Ajanta HC is proud to be partnered with Benoy K Behl, helping present his works to the proponents of art in the world. 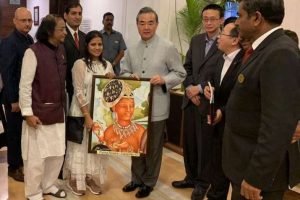 M.R Pimpare And His Excellent Ancient Indian Buddhism Paintings At The Ajanta Caves 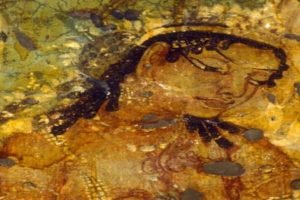