Mr Ashwin Srivastava welcomes some dignitaries as chief guests (Ambassador and Cabinet Ministers from different countries) in the digital exhibition of Ajanta and Badami Cave paintings photographed and beautifully taken by Mr. Benoy Behl and to be unravelled to the world for our global audience.  These damaged paintings inside the dark unexplored caves of Ajanta located at Aurangabad (Maharashtra) also some paintings and murals from Badami Caves of Karnataka are digitally restored and archived at Artic world, Svalbard Island Norway) using the latest AI oriented 3D technology by Sapio Analytics in a joint project with Ajantahcco-founder and Director by Mr. B. Vedan Choolun.

World renowned Art historian, filmmaker, and ace photographer Mr. Benoy K Behl pays his gratitude to excellencies and highly regarded guests present during the event to honour Indian culture and Art. Then, he speaks of the Spiritual aspect of the most sublime quality paintings made by ancient painters of early Indic century rarely found in any other part of the world, and which presents the core teachings of Buddhism and Hinduism, that deeply emphasizes transition of our conscience from physical bondages to attain salvation and unite with the eternal Brahamanand, the creator of the Universe.

Mr. Behl used advanced technology of photography which efficiently captures the worn-out paintings inside the dark caves in its truest form even in the presence of extremely low light. The government entity(ASI) has restricted using heavy light photography as it may damage the organic colours of the paintings. These paintings have the potential of elevating one’s consciousness awakening his insight towards the search of truth.

Mr Behl displays the painting of Bodhhisattva Vajrapani of Cave 1, one of the finest paintings of humankind. The leading museums and exhibition centres around the world has claimed the 5th century paintings of Ajanta were the ones with such sharp technical virtuosity which western civilizations developed only in post renaissance impressionistic era. The painting of King Mahajanak who is set on the path of salvation now, moving to adopt an ascetic life, sacrificing the physical pleasures and activities around him. The paintings of Ajanta present compassion, peace, and care.

Mr. Behl had the fortune to explore the 3rd to 13th century paintings of India, like the Brihadeshwara Temples of Thanjavur built 700 years before Ajanta and which exhibited similar artistic excellence found in Ajanta. Next painting that he revealsof is Queen and Attendants of Badami Caves taken in 2001. The painting stands damaged with the passage of time but Mr. Behl has painstakingly worked on to restore it and now conveys the true emotion of gentleness, to most ancient paintings.

Mr Suresh Prabhu, member of Parliament & former Union Minister of Railways and Commerce and Sherpa of G20 summit, attends this virtual discussion as a chief guest and emphasizes the pittance of knowing our own culture and ancestors through their works. We wonder how our ancestors carved out such exceptionally beautiful paintings of a single rock by using simple tools. It highlights how intellectually rich they our ancestors were. He stresses the importance of knowing the life that manifests in our history which will serve as a guiding piece of light for our future generations. Mr. Prabhu pays his tribute to Benoy Behl and Sapio Analytics for their selfless endeavour to preserve the history for eternity.

Next Chief guest who shares his views on the restoration project of Ajanta is Mr. Vinay Sahasrabuddhe (President of ICCR) praises Mr. Benoy Behl for his painstaking hard work and quotes Sadashiv Gorakshekhar and Mr. Anand Kumarswamy. Mr. Vinay Sahasrabuddhe points out how the modern Indian students are lacking knowledge of their own history and how such efforts to revive the lost world of Indian History will benefit our future generations to get out of the colonised mind-set that has long stood as a barrier between our consciousness from knowing our identity. Mr. Vinay Sahasrabuddhe, states that all art and crafts should be equally respected i.e., Tribal artists like madhubani and Patachitra artists or a renowned artist with international recognition. He says that ICCR strongly believes that external relations with other countries can be boosted not only through economic, strategic, or diplomatic partnership but also promoting art and cultural exchanges like it happened in ancient times between Indonesia, Malaysia etc.

Mr Vinay Sahasrabuddhe, also emphasizes the importance of how our education system is now helping the decade old attitude of demeaning our own culture and art to change and how restoration technologieslike AI and 3D image mapping technology should be included in structured courses.

Amish Tripathi, the popular writer highlights how pre bronze age culture has got wiped out, but we continue to live through such art works and millions of Manu scripts written by our ancestors but ignored by generations who believed in narratives created by invaders. There are series of Art development schools that is India’s own and needs to be taught by Indian universities. He stresses that how previous govt. did not try to change the false narratives spread by Europeaninvaders who caused a huge damage to our ancient Taxila & Nalanda university and even destroy the identity of India’s existence.

So Mr. Tripathi states it is necessary to recognise our identity as a nation by exploring the surviving cultural heritage sites such as Ajanta etc. And create our own narrative, reconnect our roots by teaching Indian art forms in educational institutions.

Thereafter, Italian Minister speaks to press about how Indian & Italian govt. has jointly decided to boost cultural relations despite pandemic outbreak. The Italian govt. along with ICCR. He talks of Italian University of Indology & a cultural festival organized by ICCR and Italian ministry of culture. He talks of prestigious project started by Rafaele Torayel from Italian institute of Oriental studies.

It is dedicated to Indian art and Culture, economics, and society. Another project by Italian scholar Guiseputtuchi carried out studies of murals of Ajanta Cave 17, brahmanic cave of Deccan- Ellora. The Italian govt. also held an exhibition that displayed photos of Benoy Behl and light upon artistic Hindu research.

Dr Monika Sharma, head of school of business asks how to encourage active involvement of community in covering up the missing links while setting the road map in preserving sustainable and economical model of our country created, how the stake holders will get benefited from it from financial perspective. Mr Benoy Behl answers how art and culture should be taught from the very foundation of education in schools so that the ancient heritage of India inculcated a sense of values and discipline in children from beginning.

Mr Ashwin invites Mr. Balkrishna V. Choolun (co-founder and Director of Ajanta HC) who speaks of how Ajanta and Sapio Analytics is jointly working on restoring ancient sites that embarks the evolution of India’s 4 major religions- Hinduism, Buddhism, Sikhism and Jainism. He congratulates Mr. Benoy Behl for his extraordinary work on restoring the Buddhist site. Ajanta HC tends to educate and promote Indian History and culture to Indian residing worldwide.

According to Mr. B. Vedan Choolun, UITV a media house led by him, is also contributing towards promoting the expansion of knowledge about Ajanta and other remarkable historical entities of India worldwide and how Ajanta HC in committed in this initiative to restore the damaged ancient paintings by using high definition and digitally advanced technology.

In the end, Miss Shivangi announces a series of cultural exhibitions to be launched by Sapio Analytics along with ICCR in 2022 that will display the path breaking works of Mr. Benoy Behl. She thanks all the chief guests, dignitaries, industry leaders, ambassadors, and diplomats etc. who have supported in the cultural exchange of ideas between India and their countries. 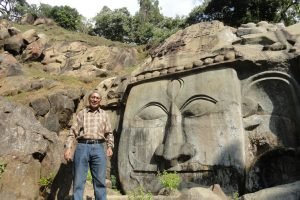 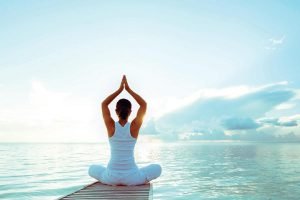 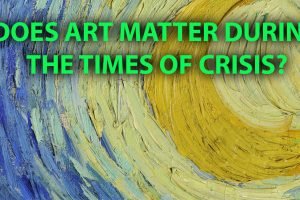 Art matters during the time of crisis

The puzzles of Ajanta Caves solved through recreation of paintings by the late M.R. Pimpare
Comment