The Badami Cave temples, a complex of Hindu and Jain cave temples located in Badami, a town in the Bagalkot district in northern part of Karnataka, India, depict some of the oldest surviving paintings depicting the culture of Hinduism. Most of these paintings are deteriorated to an extent that they are impossible to fathom.

The painting of Queen and her attendants is the earliest surviving painting created by Hindus, and has been restored painstakingly by Benoy Behl, after photographing it through his pioneering low-light photography techniques that have been innovated to capture the ancient culture of India. A decade ago, this painting was found to be in a state that it was hardly seen when a team of National Geographic decided to do a story on the same.

The lens through which this painting has been captured shows us elements and attributes of the painting that allow us to understand the culture that has shaped various modern societies.

And yet Ajanta HC brings to you this painting in its restored form. This particular painting shows a queen with her attendants, taking us back to a time when our culture was dominated by the power of strong and independent females, who are depicted through stories that help shape our current global societies.

Notice the difference in skin tones, the large earrings, and the relaxed meditativeness in the eyes of the females depicted in a state of satisfaction and happiness. And, derive some of this happiness into our existence, by appreciating the feminine beauty of the culture that gave birth to our existence.

These ancient pictures are not only representations of our existence, but also teach us a lot about life in the process. If you wish to elevate your consciousness and own a part of our culture, explore this page Digital Visual Platform 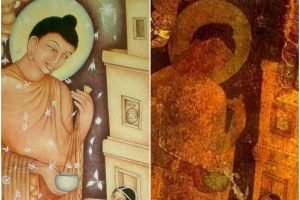 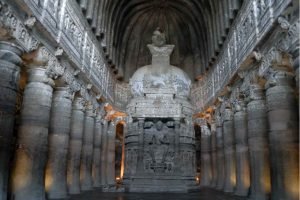 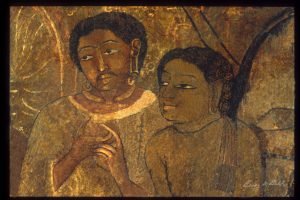