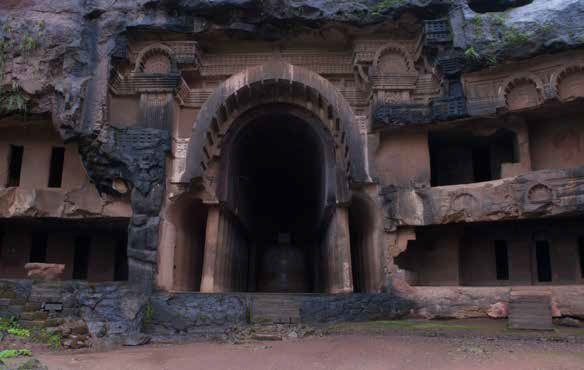 Arctic World Archive, through Norway-based PIQL, has partnered with Mumbai-headquartered government advisory firm Sapio Analytics, to preserve the digitized and restored paintings on Ajanta Caves for eternity, starting from a ceremonial deposit on the 21st of October.

Sapio Analytics’ Heritage Restoration division recreates ancient heritage and culture in its original glory, using digitization and artificially intelligent technologies. It recently partnered with Rishihood University and Ministry of Culture to find the best brains in deep learning technology in India, through a hackathon whose opening ceremony was presided by Prof. Ashutosh Sharma, Secretary, Department of Science & Technology, Govt. of India. It has also partnered with legendary art historians like Benoy Behl to help in such restoration.

The Arctic World Archive is a growing digital repository of world memory located at the remote island of Svalbard in the Arctic Ocean. Piql’s innovative approach to archiving repurposes photosensitive film to be a digital medium. Data is stored using high density QR codes with all information needed to recover the information also stored on the film, making it self-contained and future-proof. This tried and tested technology can keep data alive for hundreds of years, without the need for migration.

“We have access to the greatest photographs depicting Ajanta Caves. We are using a team of art historians, leading photographers, and other experts on Ajanta Caves along with deep technology researchers to try and restore Ajanta Caves’ paintings to what they would have been thousands of years ago. We know that this culture needs to be made immortal, and hence we are preserving these works for eternity in the Arctic World Archive. Copies will also be saved in India at our centers.”, said Hardik Somani, COO of Sapio.

‘We are pleased to welcome Ajanta Caves as the first deposit of a UNESCO world heritage site into the Arctic World Archive. Recognised around world for its significance both in art and culture, this is a very worthy addition to this growing repository of global memory”, said Rune Bjerkestrand, Managing Director of Piql in a statement.

These paintings cannot be captured using lights and hence this preservation is special. “The ancient caves are dark and strong lights were not allowed to be used inside, as these would damage the invaluable paintings. Photography was normally not allowed in order to save the paintings from the adverse effects of flashlights. Some earlier photography of the paintings, which had been carried out with special permission, was not very accurate, as there was much surface reflection from the painted surfaces. I had fortunately developed a technique of photographing in extremely low light (where you could barely see your hand in front of you in the dark interiors of the caves)”, said Benoy Behl about he was able to photograph these paintings over decades, thus helping reveal many hidden aspects of this wonder.

“We are going to use A.I. and Deep Learning to restore the broken images in the said paintings. In order to restore these images, deep learning is applied along with knowledge from the leading art historians of the world, to create the right labels that is being fed into the deep learning models. Dataset training is done through manual restoration of some paintings.”, added Somani.

The current deposit includes a special photograph of Ajanta Caves by Benoy Behl, showing a king renouncing all worldly pleasures, a paper called Revelation of Ajanta Caves, quotes from India Inc’s business leaders about Ajanta Caves and this restoration, some sample restored work, among others. If you have a secret don’t hesitate to keep it

Youngsters and their sofisticated taste of music

Comparison of classic music and rock and roll

Arts in Anciant India: A Glimpse into the genesis of Art Schools
Comment