About 1500 years ago, Buddhism was shaping up the culture of what we now know as the Indian subcontinent. During the times, India’s cultural exchanges with the far East were shaping up the island country in the East Asia, Japan. And though most of us are aware of the deep root of the Buddha and his doctrines in Japan, it was not just the doctrines of Buddhism, but also the deities of Hinduism that were re-shaping the cultural origin of the Japan we know now.

Many scholars have written about the influence of Hinduism and Indian deities in Japan, but the works of Mr Benoy Behl, especially through his book “Hindu Deities worshipped in Japan” and his film “Indian Deities worshipped in Japan”, give us a deep understanding of how the ancient culture of India has helped create the active beliefs of the citizens of this great nation from the far East.

Let us specifically look at the origins of one of the most worshipped deities in Japan, Benzaiten.

The Seven Lucky Gods (as known in popular English and also referred to as The Seven Gods of Fortune) form a core part of the Japanese belief system, that has been created through a combination of indigenous beliefs and beliefs created through cultural exchanges with regions like India. Benzaiten is one of the seven gods and considered to be a god of knowledge, words, speech and music. She is considered to be the goddess of art which is effectively a function of all the elements mentioned here (knowledge, words, speech and music).

She began to get worshipped in Japan around 1200-1500 years ago, mainly through translations of Buddhist doctrines that talked about the Goddess Sarasvati. Sarasvati is an amalgamation of Sanskrit words, effectively signifying “flow”. Knowledge, words, speech and music flows to create art. The goddess Sarasvati, worshipped as the Goddess of Knowledge in Hinduism, got derived to Benzaiten in Japan, with stories linking her to dragons in the history of shrines.

Dragons represent balance of life in Japanese beliefs and is an integral element of the vision of life of those who embrace the Japanese culture. The origin of dragons in Japanese culture is a story in itself, having traversed multiple cultures and gone through multiple interpretations, to be now seen and believed in its current colourful forms.

This article leaves you with this surficial thought; something that originated in India not only becomes an integral part of a far-away culture, but also plays a role in shaping the culture to help it create a nation that is the world’s second largest developed economy. Once we deep dive into the origins of how and where we come from, we can have many solutions to our present, and how we can make our current better.

Keep on following this space for more articles that try to get deeper in understanding India in the World. 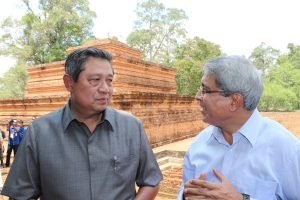 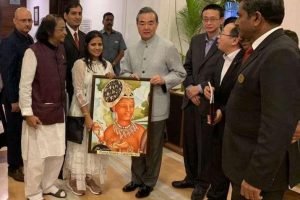 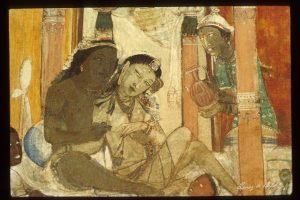 Wave-particle duality and the significance of Anekantavada
Sadhana Yogalakshmi: Dedicated to spread joy, self love and peace through her creation
Comment